I remember walking to my locker in high school and seeing the guy I had been crushing on running away after slipping something small into the slits of the locker. At first I thought it would be a note, was he finally going to say he liked me? Even better, it was a mixtape that told me all the things he couldn’t get the nerve to tell me himself. What made it more personal was the songs he and I had shared. The song we danced to together at the $2 concert on the outskirts of town by some local band that none of our other friends knew about, the Celtic dance song that played when you walked into the festival we had worked at together, it was about the subtleties that made the mix so unique that made it the perfect gift from him to me.

A more personal gift than a mixtape does not exist. The painstaking hours of finding just the perfect mix of songs to convey your heart and soul to the receiver, the care someone put into giving that to you just takes you back to simpler times. When someone hands you a mixtape they are telling you that the lyrics speak to them in a way that makes them think of you. They are handing you a piece of their heart and soul.

When making a mixtape for a friend or a would-be lover make sure to sneak in something only the two of you would get. Choose a song that means something special to the two of you that may not have the same meaning if given to someone else.

How Mixtapes Have Changed

While today’s technology steers us away from the nostalgic feel of traditional cassettes, USB cassette drives are today’s mixtape answer. Even though you don’t sit in front of a radio waiting for the perfect song, or playing records to record them perfectly, the meaning remains the same in the gift of a mixtape. These new mixes can be plugged directly into a laptop, computer, or another wireless device to be shared anywhere.

Today, you can drag and drop songs from a playlist and send them to someone directly. While the gesture remains pure by sending a playlist, the tangible nostalgia of holding a mixtape in your hand isn’t thereby receiving a list of mp3 tracks through a message. This connected feeling to the music of being able to hold it in your hands is why I want to give everyone a cassette drive of songs that remind me of them, or songs I want them to here just because I know they would make them happy.

The most important piece of the mixtape has stayed forever constant, that you are sharing something personal with someone and poured emotions into creating it for them. This Christmas, when looking for that perfect gift, put some personal touch on it by getting a cassette drive and creating the perfect mixtape that says all the things you need to say to them but you can only express in song. 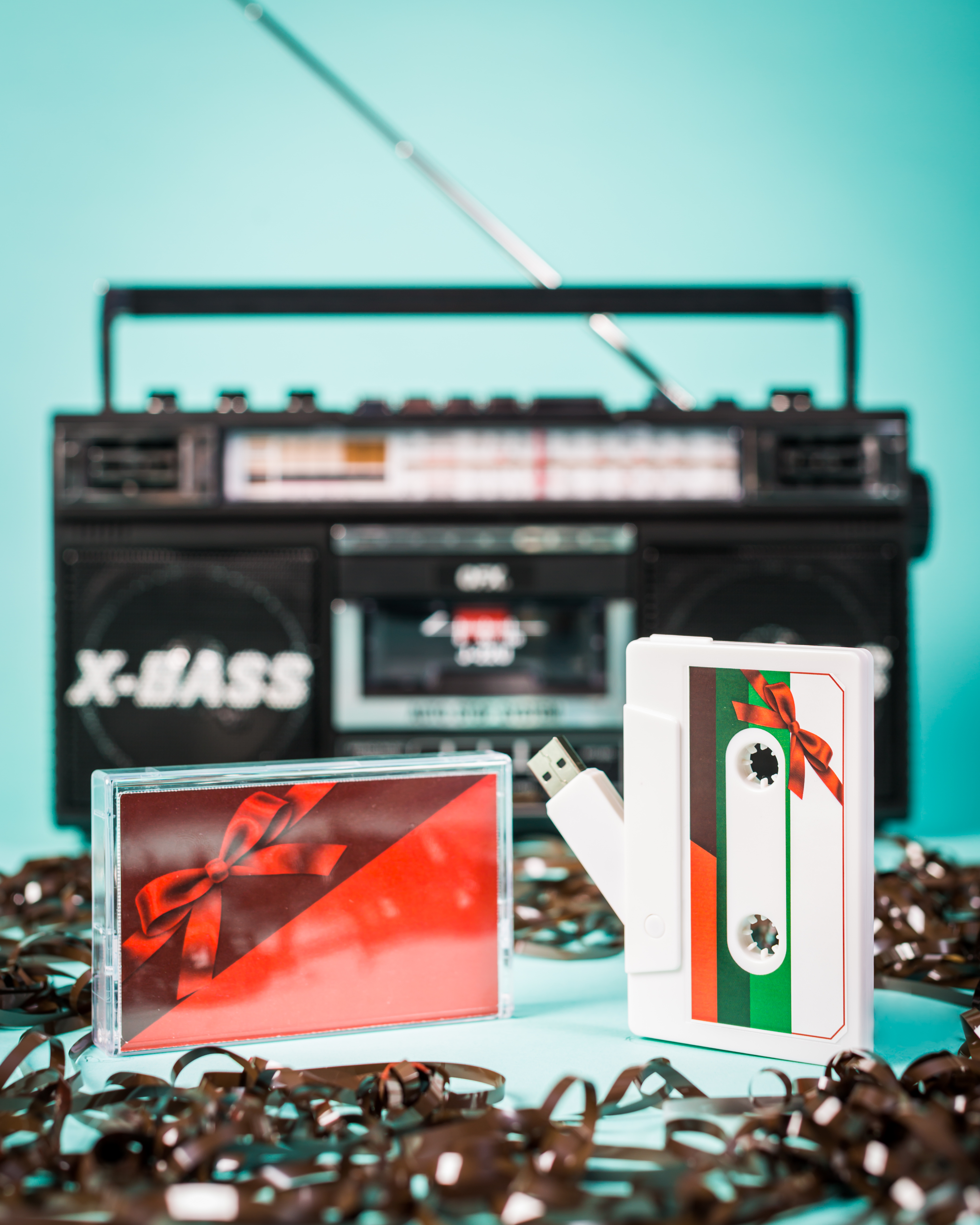